Our doctors are knowledgeable about the medicinal benefits of medical cannabis, and they are committed to helping patients get the treatment they deserve.

Our state of the art services are provided on a secure, HIPAA compliant platform. We make sure your health information always stays completely confidential.

Risk Free – 100% money back guarantee if our doctor determines your condition does not qualify for treatment. If your not approved, you don’t pay. 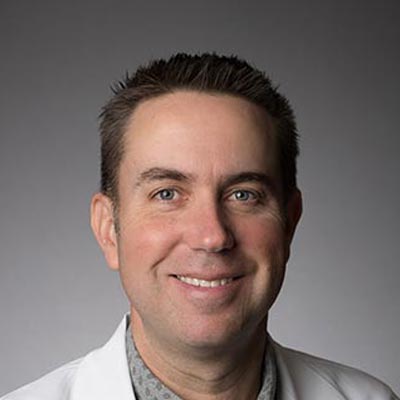 My philosophy as a physician is to listen to my patients and educate them about current medical knowledge so they can make personal, informed decisions about their healthcare.  Being diagnosed with a “qualifying condition” myself, I have an enthusiastic interest in the potential benefits of medical marijuana. In contrast to prescription medications, medical marijuana is a personally flexible option for appropriate patients to discover what may benefit their own unique medical condition.

Our partners are from the Missouri area, with a passion for helping patients find natural relief for their chronic and debilitating conditions.

All of our team members go through extensive training to make sure we provide patients with everything they need to get the most out of their cannabis therapy.

At Kind Remedy we have a patient-centered approach.  We take the time to listen to the needs and goals of each individual patient. We want to ensure that their values guide all our clinical decisions. Missouri has many qualifying conditions including but not limited to cancer, epilepsy, glaucoma, intractable migraines unresponsive to other treatment, a chronic medical condition that causes severe, persistent pain or persistent muscle spasms, debilitating psychiatric disorders, including, but not limited to, post-traumatic stress order Human immunodeficiency virus or acquired immune deficiency syndrome, A chronic medical condition that is normally treated with a prescription medication and a terminal illness.

“We take the time to listen to the needs and goals of each patient to ensure that their values guide all clinical decisions.”

Getting approved for Missouri’s medical marijuana program is easy. We put together some useful information to help

First and foremost, you have to go see a doctor to get certified that you have a chronic debilitating condition outlined by the Department of Health & Senior Services. You can find a list of qualifying conditions HERE.

What is Medical Marijuana?

The Cannabis/Marijuana plant is a source of over 100 plant-based cannabinoids (Phyto-cannabinoids). These substances are unique to the Cannabis plant and have the ability to interact with your own biologic system, the “endocannabinoid” system. CBD and THC are the most studied and well-known phyto-cannabinoids. These biologically active substances have the potential to positively effect many systems in the human body that range from reducing pain, to stabilizing mood, to regenerating cells, and fighting inflammation.

Some prescription medications containing TCH (Dronabinol, Nabilone) have been on the market for years to treat conditions such as epilepsy. However, research is showing that the effects of phyto-cannabinoids are different and greater when they are combined and all working together, rather than administered in one purified, stand-alone preparation. By varying the strains used, you can also help prevent you body from

The main cannabis subspecies are Sativa and Indica.  Multiple Hybrid strains of these 2 cannabis plants have been developed and provide nearly endless combinations and ratios of the different cannabinoids. While we understand many of the potential effects of the cannabinoids, every patient is unique, and finding what works for you and your own personal condition, may not work for someone else. There is trial and error in finding the combination and dose that works best for you.

There are also non-cannabinoid substances in the cannabis plant (terpenes, flavonoids and phenols) that are also found in many other plant species. We are just learning how these substances interact with cannabis and the human body but they appear to have a range of effects as well.

The treatment objective of medical cannabis/marijuana is much different than when using “recreational” marijuana. The point is to re-balance and get well, and you can actually use cannabis medically without feeling high. It is actually important to include THC (the psycho-active component of cannabis that makes you feel “high”) as it is an important substance with many treatment benefits.

There are multiple delivery systems that include smoking flowers and vaporizing oils. To avoid the potential negative effects of smoking, topicals, edibles, tinctures, and capsules are available as alternatives, to name a few.

To get your Medical marijuana card from the State of Missouri, first thing to know is that you must be a Missouri resident, have a “qualifying condition” as defined by Missouri state law, and see a Missouri licensed physician to obtain Physician Certification.

How to apply, patient information: https://health.mo.gov/safety/medical-marijuana/how-to-apply-pi.php

Once you have you submit your paperwork to the state’s patient registry website, you will receive an email either approving you or denying your application.  Your medical marijuana card (valid for one year), you will then be able to purchase cannabis products at a dispensary or for an extra fee you can cultivate and grow up to 6 flowering plants.  The dispensaries will have many different strains and modes of delivery available.   The budtenders at the dispensaries can be a valuable source of information, but it is best to do some of your own research ahead of time.  Once you start, it is a good idea to keep a journal so you can track what strains and combinations worked or did not work for you.

State law limits the amount of cannabis product you can purchase.

At Kind Remedy Cannabis, we realize that some patients are already experienced and knowledgeable users, and may not require or desire any further follow up.  For new or inexperienced users, we want set ourselves apart from other “rubber stamp” certification businesses and offer the opportunity for ongoing evaluation and guidance.  We are currently working on that practice model and will update the website as soon as that is developed.

HOW DO I GET APPROVED FOR MEDICAL MARIJUANA

Once you have your medical records you are ready to be evaluated by a physician. Preferably by a doctor who specializes in medical marijuana, like ours! They will review your medical history and certify that your medical condition qualifies under the rules set by the Department of Health and Senior Services. You don’t need your all of your medical records, some patients have crates of records. All you need is a diagnosis report, visit notes, or lab reports showing diagnosis or treatment of the medical condition. Any prescriptions you may be taking are also helpful to bring to your appointment. The idea is to take less pharmaceuticals and try a more natural approach.

One of our doctors will also talk to you about whether medical marijuana might be a better or healthier alternative to help you find relief from certain conditions and any potential risks associated with adding cannabis to your treatment plan.

Feel free to bring up any questions or concerns you may have about medical marijuana during your appointment with our doctors. They are there to help educate patients and help you get the most out of your cannabis treatment.

3. Upload Your Cert to the DHSS Patient Registry Website

At this point you should have your Physician’s Certification Form, if you’ve been approved. But that’s not the end. This does NOT mean you are legal to use cannabis. You still have to apply on the state’s Patient Registry website.

Most of the information they are going to ask for is just basic information, however, there are a few things to pay attention to. But don’t worry, even if you accidentally mess something up, they will give you 30 days to correct your application and resubmit.

The key thing to remember is that everything from this point on is online. The state isn’t even issuing actual cards, it’s just a pdf you download once your approved. There is no state office to go to and there is no mailing address you can send your application to. You will have to create an account on Missouri’s Patient Registry website and keep an eye on your email; that’s where they will send any updates to your account. You can find the DHSS Patient Registry website HERE. https://mo-public.mycomplia.com/